A few of the pics I got... you can see the whole photo album here. 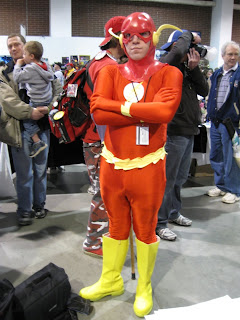 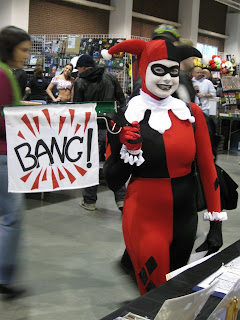 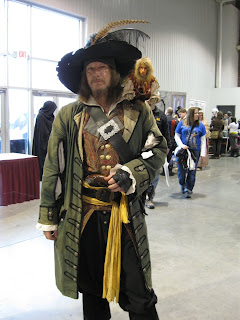 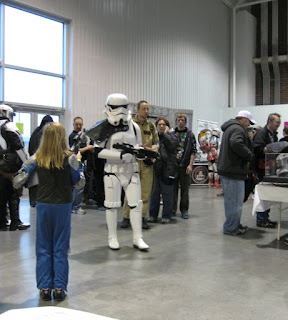 This story makes me happy. It's about an old guy in the dry-cleaning business who specializes in cleaning and restoring wedding gowns.

He began his dry-cleaning career in Canada sweeping floors at a dry-cleaners, back when brides spent $50 to rent their gowns and rarely bought them. He taught himself how to press, and later how to remove stains, by practising on leftover scraps of material, and eventually with museum curators, who he met through grateful clients.

He loves nothing more than to rescue damsels on their wedding day. Once, he closed his shop on a Saturday to rush to the home of a bride who got black oil down the front of her gown after hanging it against a door hinge. Another time, he dried out a wedding party that walked into his store after getting caught in a downpour.

I could see myself doing that for a living. I'd be a really good museum restorer.
Posted by Holly at 9:05 AM No comments:

It's amazing how the mind can contort itself to justify satisfaction of the inner child.

Yesterday I found myself drooling over a $200 piece of leather that would be perfect for a particular costume I have planned. (I'm not saying what, just yet--we'll see how it plays out.) Do I have $200? Yes, but I'm supposed to be saving for tournament. And I don't dare bank on any money I might make at the Comicon, to which I would wear said costume. I'm already betting against making back the registration fees.

Yes, by the way, I will be attending Planet Comicon on March 28-29th. Come as you aren't.

But back to my mental contortions: $200 is not the most I've spend on a costume. The original Harley Quinn was about that much, when you factor in the retail costs of spandex, the fact that I wasted a lot of fabric on developmental mistakes, and buying the makeup and foundation garments.

The most I ever spent on a costume was about $600. That was the green velveteen Darla costume. Everything about that was new and expensive to make, in part because I demanded the best and most authentic materials: corset, petticoats, bloomers, stockings, fabric, trims, boots, wig and makeup. I spread out the costs over about six months, but it was still a chunk of change. I still wear the boots, of course, and the Victorian underthings have seen use with other outfits. So it was something of an investment, but after that I vowed never again to fork out so much money.

Most of my other stuff has been super-cheap. I tend to buy fabric at a discount anyway. I think my silver-blue Victorian dinner dress was maybe $70, but it took forever to make--all that pleating on the skirt.

The Gold Gown cost maybe $30 in additional corset parts, since I made it over from my first wedding gown and its leftover fabric. (That wedding dress itself cost less than $300.)

My "Armand" costume was so cheap I don't even remember. I bought that red velvet off the clearance rack at Wal-Mart while I worked there, the shirt and shoes I already had; the vest fabric was a cheap nasty seasonal acetate I got a Sew-Fro back when Sew-Fro still existed--altogether? Maybe $35. I'm not sure why I still have this thing. Maybe I'll sell it.

Wonder Woman has been a little pricey, mostly because of the trial-and-error. I always overbuy on new projects; I try a lot of different things and discard half of them. I've bought five pieces of blue and/or star-spangled spandex, trying to find a shade and pattern I like. One, maybe two of them will actually get used. The first red pleather I bought for the bustier was not pleasing at all, so that was wasted making boot patterns. The red satin I actually used was very cheap, I got it as a remnant at Hancock Fabrics. Altogether I'd guess I've spent about $70 on it, so that's not bad, although it has been taking a long time and feels very wasteful. It will probably run another $30-$50, depending on how I handle the boots and metal parts.

The Black Cat costume I started and did not finish has been VERY wasteful. I just can't bring myself to wear PVC. I hate it. I got the suit put together, I put it on, and I hate it. I can't even make myself finish it. $30, down the drain. I'll probably cut it up and make gloves out of it, because PVC gloves are actually kind of cool and I can sell them for small profits, recoup the loss. ETA: I did take this apart, and reassembled in into a Catwoman costume. Beginnings of one, anyway.

Huh. Looking back over this list, now I'm thinking I should mark down some of the stuff in my Etsy shop.
Posted by Holly at 8:56 AM 5 comments:

I've been watching Whedon's Dollhouse for the past three weeks. Enjoying it. It's a little slippery to get a grasp on a bunch of characters who are only tangentially related to each other, and whose common link is a girl who changes personality from one episode to the next. By the end of the third episode I realized that Echo is actually not on-screen that much; there are at least three concurrent plotlines developing, aside from the mission-of-the-week, and although they all revolve around Echo and the Dollhouse, the girl herself is more of a McGuffin than a character. There are hints that she will become a character, in time, but for now she's just a Magic Mitten that everybody wants to possess for their own assorted reasons.

Anyway, the SP and I were talking about Echo's fighting skills on the show, and although she is a small woman, not possessed of any superpowers, they program her brain with all these practical fighting skills, and they generally make them look feasible.

The SP said he didn't believe that imprinting somebody's brain with fighting skills would make them automatically able to fight--he says the body has to be trained, too.

I said first that I thought it was possible--the mind, after all, controls the body, and I know from experience that once I figure out a move in my head--i.e. juggling--I can do it with my hands.

But then I started thinking about how a trained athlete's muscles will develop additional nerve pathways to better react to the brain's signals. And I thought about the fine-tuning of small muscles I have seen in my own body. For instance, although I still know how to juggle, I am out of practice and clumsy. And although I still know how to sing--to position my throat and support from the diaphragm--my range will be rusty until I've practiced for a couple of weeks and recovered my old muscle tone.

Calligraphy, too--I've been thinking about it a lot lately, because the frustration I feel with my tai chi skills now is very like the old frustration I used to feel with a pen in my hand--why was it so hard to make my fingers do what my brain wanted them to do? And why wouldn't my brain stay with my fingers as they moved?